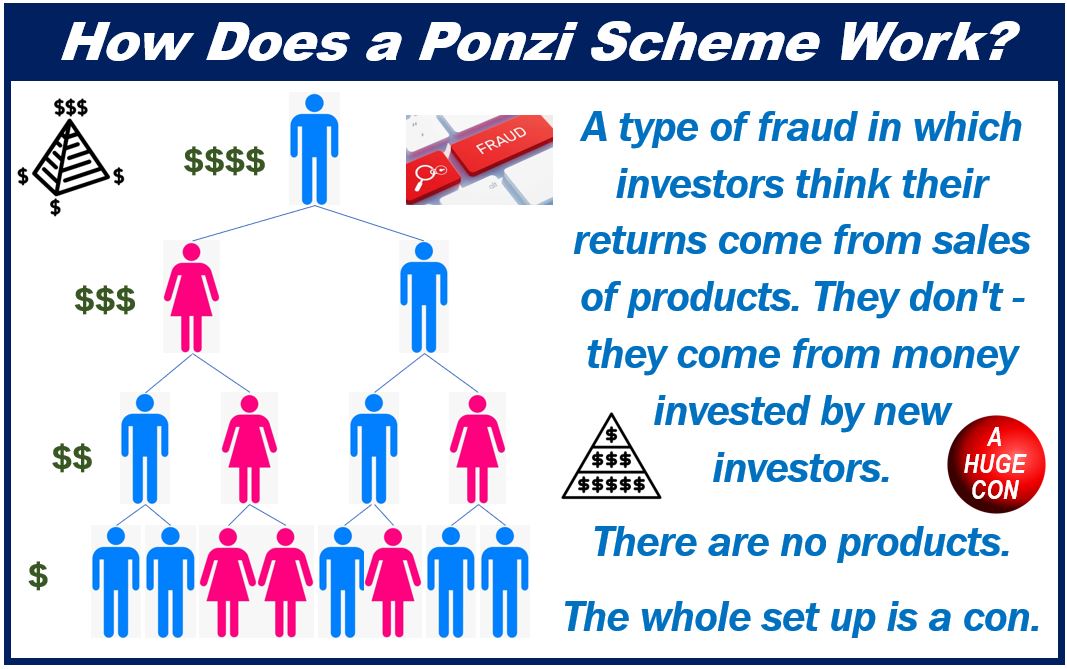 In 2018, MIDA crashed, turning to naught billions of F CFA in people’s life’s savings. MIDA was touted as an innovative system that would solve Cameroon’s financial and employment issues. It was promised to create millions of jobs for Cameroonians and Africans. However, underneath all the promises was a simple plan to get money from new investors to pay the profits (earnings) promised to old investors. As more old investors received some percentages of their invested amounts, they became advocates for the system. At the time of its collapse, MIDA had investments of more than 9 billion F CFA.

Another is CHYMall. By mid 2020, CHYMall had become a household name among many families in Buea, Bamenda, Douala, Yaounde and many more cities in Cameroon. For those of us who have relatives and friends who had already invested in the scheme, we knew no peace. We were constantly bombarded with messages about the awesomeness of the scheme and how it is making millionaires overnight. We were encouraged from all angles to join and become millionaires like the early birds. However, by the end of 2020, when the scheme was about crashing, there was little joy among the investors. There had come a time when they could only see the funds in the account but could not withdraw. So many excuses were given, from system upgrade to system failure. Those of us who did not join were considered wise and prescient, by only a few. The majority thought they were just unlucky to have joined at the end. After all, not all investments turn out well, no matter how genuine they are.

Today, more of such schemes are operating right under our noses. Some have started having cracks. Others are still at their infancy. And more will be created in the future as long as there’s a market for fake investment products.

Get more tips on guarding against Ponzi schemes by joining the Genie Connect WhatsApp Group https://bit.ly/3fRBz5h

On the surface, a Ponzi scheme looks like a genuine Investment scheme. However, they are not the same.

With genuine investment schemes, the agent (investment manager, company etc) takes money from the public of investors, directs the money towards the development of a product, service or IP that ends up generating profits that is shared among the investors directly as dividends or the investors benefit indirectly through capital gains as their investment value increases over time.

With a Ponzi scheme, the agent (promoter, “investment manager,” etc) promises outsized returns to first investors. Once the first investors put in their money, the promoter(s) keeps a portion of it and gives it back to them in the name of profits from the venture, whereas in truth, there’s no commensurate venture. The supposed returns and eventual payout to old investors for a Ponzi scheme comes directly from the funds received from the new investors, albeit, without the knowledge of the old investors. Since the first investors already received some returns from their investment, they become references that are used to get more people to invest in the system. The new investors’ money is shared among the old investors and the promoters. And the cycle continues until it reaches a point where the number of new investors can not support the payout to old investors, promoters and the expenses of the scheme. Only then will the scheme start experiencing some cracks. Most often, at this stage the scheme crashes.

Why are Ponzi schemes so prevalent in our society?

We believe Ponzi schemes thrive in our society because of the following reasons:

It is a human thing to want to invest into something that will one day become valuable. However, in Cameroon, such opportunities are very limited. And given the history of failed partnerships etc, it is hard to attempt being a silent partner in partnerships. Most often, the active partner makes all the money, while reporting that there is little or no money coming from the venture. This lack of transparency has destroyed so many partnerships, such that people who would’ve been investing in partnerships would rather keep their money to themselves, spend it or simply put it in unverified schemes.

While in other parts of the world, individuals can invest in stock markets, real estate investment trusts, bonds etc, in Cameroon, the average citizen does not have that kind of access.

Lack of clear rules and regulations with regards to investment products

While there is a regulatory agency that regulates investment and financial products, COSUMAF, it is generally underfunded, as such does not play an active role in its regulatory functions. However, once in a while, COSUMAF sends out communiques warning about fraudulent schemes that most often have already done the damage. For example, in May 2021, COSUMAF sent this communique carrying a list of companies running unauthorised investment products. Though this move is short of calling Ponzi schemes out and banning them, it is a good start.

The average human is interested in investing. However, the average human is not very informed to make wise investment decisions. And most often, these same people do not employ the services of professional financial analysts to help them make the best investment decisions. It is our belief that if more people understood what investments are and have a better understanding of how they work and finally deliver results, then more people will easily identify these frauds even before they are planted. It is for this reason that we do the most we can to educate the masses.

Desire of quick and easy money

Most people who fall victim to Ponzi schemes have a strong desire to make quick and easy money, though they might not be interested in going down the criminal route (think scamming, selling illegal drugs etc).

Desperation has also been identified as one of the factors that push people towards Ponzi schemes. Especially for the elderly, who most often have lived their lives without much to show for. By the time they are coming to their senses, they become desperate to build their house, invest and do more. This desperation drives them to not think things through and embrace schemes that may promise unreasonable returns within a very short time.

How can one protect against Ponzi schemes?

Below are a few suggestions we have for you to guard you against Ponzi schemes.

Make use of professionals

For most people, the best advice we can give is for them to use professionals - financial analysts, accountants, investment managers etc who might have a better understanding of investments and related schemes. It is better to spend 50,000 F for a professional to give you advice that saves you 2 million F in losses, heartache and shame.

Most often, when people are considering investment decisions, they focus only on the returns. However, returns are not the only variable that define investments. Before investing, you have to ask questions like:

Stop believing in hype and flash

The richest people in the world live very simple lives and do not show off all the time. Most often, those who show off and are always on the media talking hardly have time to work on their businesses, the thing that is supposed to be bringing the money. Also, since most people associate success to a lavish lifestyle, fraudsters live lavishly as a trap for simple minded people. Learn not to fall for such baits.

Ponzi schemes will continue as long as there are fraudsters and victims. However, you can choose to not be a victim by arming yourself and those around you with the right knowledge, tools and people.

Get more tips on guarding against Ponzi schemes by joining the Genie Connect WhatsApp Group https://bit.ly/3fRBz5h

At Genie Capital we identify, develop and invest in opportunities, technologies, IPs, processes, etc that deliver superior long term returns to our investors, whether they're investing in Real Estates, SMEs, Stocks, Bonds or Crypto Assets.

Otto is a smart, creative and hard working man in his late 30s. He is trained in the scientific method, economics, finance and accounting. He is good at leading people, developing products and markets. He is a visionary and strategist with interest in digital technologies. Otto leads Genie Capital with empathy, passion and conviction.